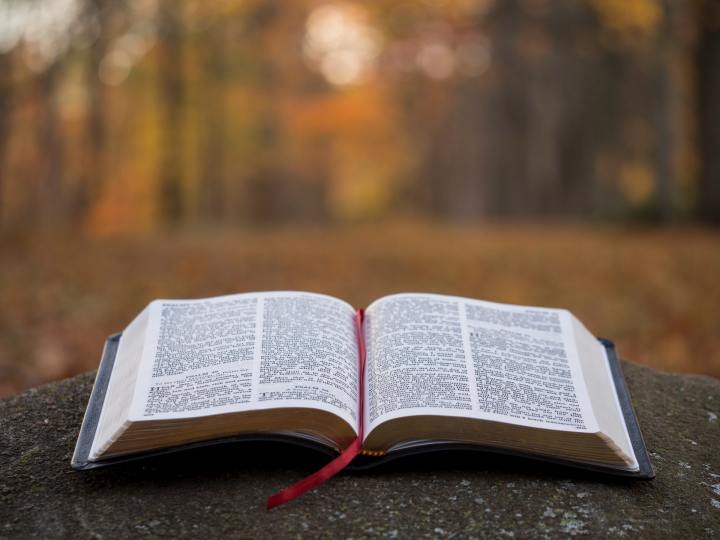 I wonder who’s reading this because you they’ve also been labelled as “too sensitive” at one point or another. It’s been said to me enough, that every time I find myself feeling an emotion, I question whether I’m being “overly sensitive”. I’ve come to realize that I don’t actually believe that in such a thing as “too sensitive”. Or “too anything” for that matter. We were all created equally in the sense that we are all a body, mind, and spirit, however we were all created for very different purposes; we’ve all been given a very different race to run. That much is clearly evident in the Scripture. So, then it would make sense that one person’s calling might necessitate different qualities than another person’s. This being said,  wouldn’t it be silly of us to think that every person should have the same exact qualities, personality, and skills as we do? A professional swimmer wouldn’t be as great at rock-climbing as a professional rock-climber; but they wouldn’t need to be because it’s not their job. God will give us exactly what we need in order to fulfill the individual purpose that He has chosen for us specifically.

As you may have already gathered, I’m without-a-doubt a “feeler”. I have found that I experience emotions more deeply than others sometimes. I feel for people more deeply than others sometimes. I feel with people. I am passionate about people’s hearts and well-being. I grew up in a culture where feeling = weakness. We kept feelings locked up tight behind closed doors because we didn’t need people to see us when we were weak/fragile. It was the “tough” thing to do. That idea was broken off me a long time ago, and it’s been a long time since I’ve personally felt that way, but I know the idea still exists.

Prior to making the decision to follow Christ, emotions were ridiculed because of the idea that they were weak. Since beginning my journey with Christ, it seems that the stigma may be that having emotions isn’t “spiritual enough”. Almost as if the Good News means that we will never feel anything but good. So in the times where my feeling was labelled as “too sensitive” it left me confused. It didn’t feel wrong to me. I didn’t feel convicted. So, I searched the Bible, and God showed me something pretty dang cool; something that left me feeling understood. Something that took me from feeling alienated to feeling identified and like I belonged. God showed me that Jesus felt.

We See It In Gethsemane

I was blessed by the imagery in Mark 14. Jesus and the disciples are in the olive grove known as Gethsemane (or the Garden of Gethsemane, where Jesus was arrested). It says that Jesus asked the disciples to sit while he went ahead to go pray. He took a few select disciples (Peter, James, and John) further ahead with him. From this point we get to see the heart of Jesus. The Bible says he became “deeply troubled and distressed” (Mark 14:33, NLT). He then proceeds to tell Peter, James, and John “my soul is crushed with grief to the point of death. Stay here and keep watch with me.” (v. 34). This is Jesus, and he shares with us that he is experiencing grief; He was hurting.

Jesus, the Almighty Savior, was sad.

The Death of John the Baptist

Another, less direct but still profound scripture that helps us to see Jesus’ feelings is after the death of John the Baptist. John and Jesus were related, and Matthew 14:13 says that when Jesus heard of the news of John the Baptist being beheaded “he left in a boat to a remote area to be alone”. For me, it’s hard to pinpoint exactly what Jesus was feeling in this scripture. Could be sadness. Or maybe he was reflective. Upon hearing devastating news, oftentimes we need to take time to process it in our own ways. This appears to be what Jesus was doing when he took time to be away.

Our strong Savior. The one who was brave enough to lay his life down in the most brutal of ways had feelings. The name above all names, and he wept. He defeated death itself! Yet, He still was stricken with sadness. He still felt grief and pain. Jesus is our example. His sadness didn’t make him weak. His tears didn’t make him “soft”. And neither do ours. In fact, the Bible calls us to feel with other people! In Romans 12:15 we are commanded to “rejoice with those who rejoice” and to “weep with those who weep”. We are called to feel for other people. It is the heart of God.

As a stay-at-home wife and soon-to-be mother, things get overwhelming sometimes and the natural response is to take what I call a “cry break”. But as a woman of God, I know that He who is in me allows me the strength to get back up, wipe my eyes, and do what I’m called to do. Not one tear that falls will change that.

So really, the key is to not live according to your feelings. In Gethsemane, Jesus was grieved because He knew what He was called to do and He knew it would be hard (understatement). So he cried out to God the Father and then, what did Jesus do? He marched forward. He was sad, and I’m positive He didn’t love the idea of being crucified, but He didn’t run; He faced it. With courage and strength. Grieving and all. When John the Baptist died, Jesus took time to be alone, but Matthew 14:14 says that a huge crowd followed him once they saw where he was going and Jesus had compassion on this crowd and healed their sick! From these examples we see that true strength does not lie in a lack of emotion, but in the genuineness to exhibit emotions combined with the wisdom to not let them deter you from your calling.

4 thoughts on “Am I Too Sensitive?: What Jesus Shows Us About Feeling”